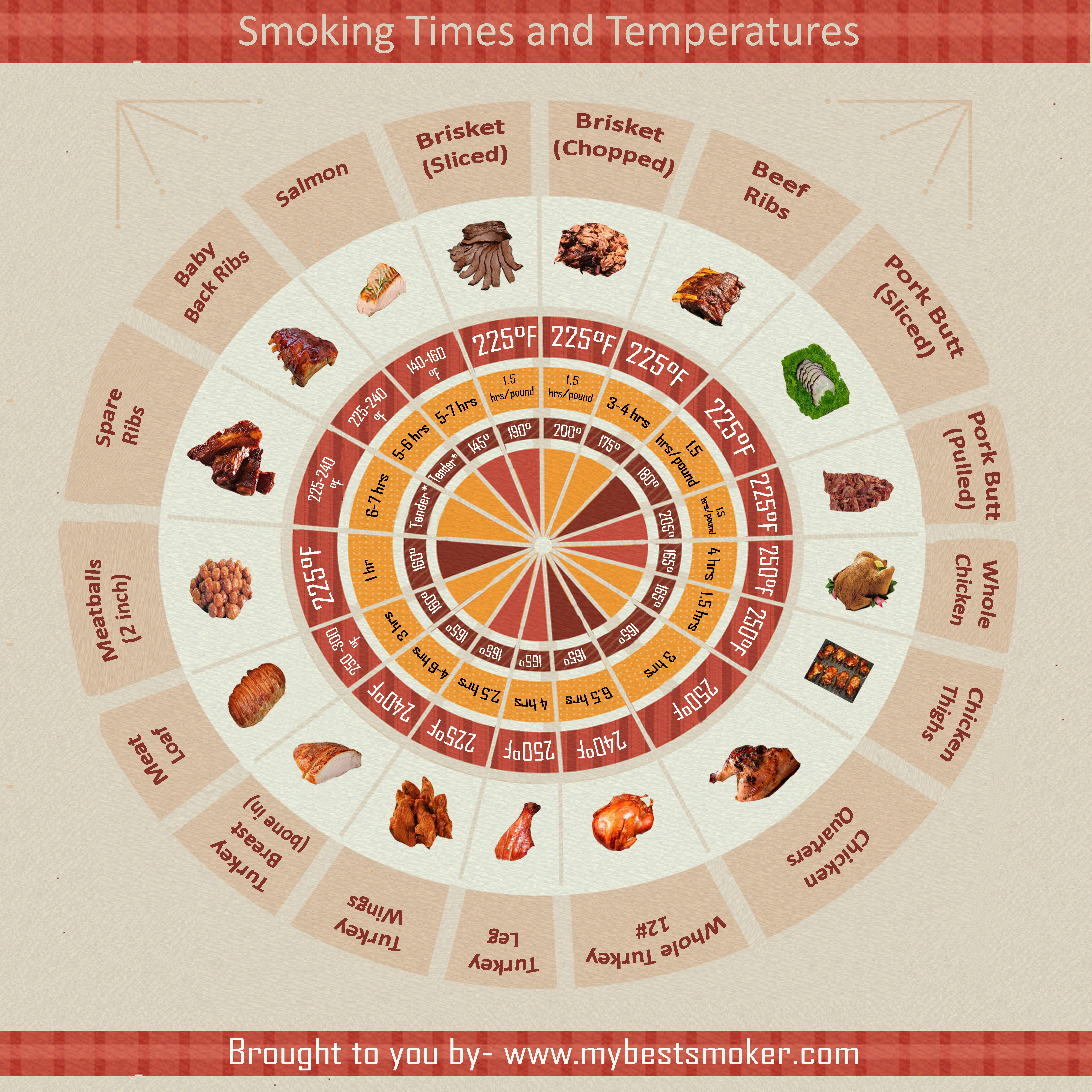 Smoking Times and Temperature by MyBestSmoker

Chew On This: Impact of Food-Borne Illnesses

Safely handle Turkey Chicken Beef Pork Illnesses caused by foodborne contaminants affect millions of Americans every year. Hundreds of thousands are hospitalized, miss work or even die. The result is a multibillion-dollar impact on the U.S. economy and healthcare industry. And the real kicker? Most of these infections could be prevented by simple safety precautions.

Nearly 20 percent of Americans are sickened each year by something they ate. Hundreds of thousands are hospitalized, and thousands die.

– Annual illnesses caused by foodborne pathogens in the U.S.

– Americans who become ill because of foodborne contaminants

While anyone can become sickened by tainted food, certain groups are more susceptible to contaminants and more likely to become very sick.

What are the signs?

Depending on the contaminant, the most common symptoms of food poisoning can include:

Some infectious agents, such as C. botulinum, are more serious and can affect the central nervous system:

Where it Comes From

The majority of foodborne illnesses are caused by harmful bacteria and viruses. Bacteria often are present in raw food, or food that’s been improperly cooked. Viruses most often are spread when a sick person handles food.

– Found in raw and undercooked meat, poultry, dairy products and seafood; may also be present on egg shells and inside eggs.

– Found in raw or undercooked chicken and unpasteurized milk.

– Spread from person to person and most often spread by handling food after not washing hands.

– Includes several different strains, a few of which cause illness in humans; common sources include raw or undercooked hamburger, unpasteurized fruit juices and milk, and fresh produce.

– Most often found in fish or shellfish.

– May contaminate improperly canned foods and smoked and salted fish.

– Causes inflammation of the stomach and intestines

– Causes inflammation of the liver

– Spread through water contaminated with the stools of people or animals who are infected. Contaminated food preparers can spread parasites by not thoroughly washing their hands.

– Roundworm parasite that can be caused by consuming raw or undercooked pork or wild game.

may contain high concentrations of pesticides.

While it would be virtually impossible to eliminate all foodborne contaminants, simple precautions can help reduce the risk of infection.

Use safe water and raw materials